I have seen the book,
The book that turned Darkness
into Light

Tomm Moore, The Secret of Kells 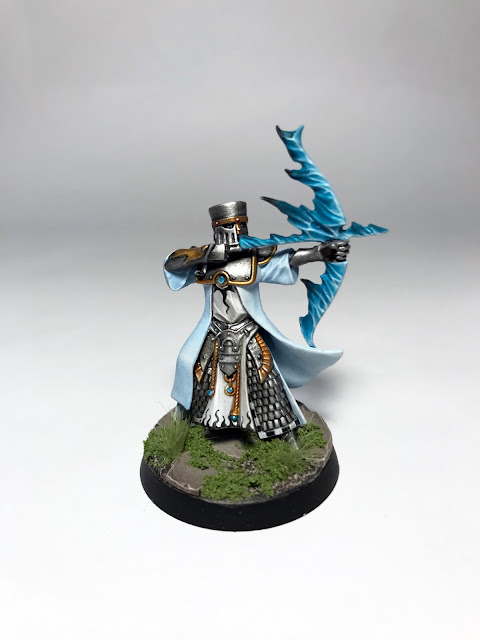 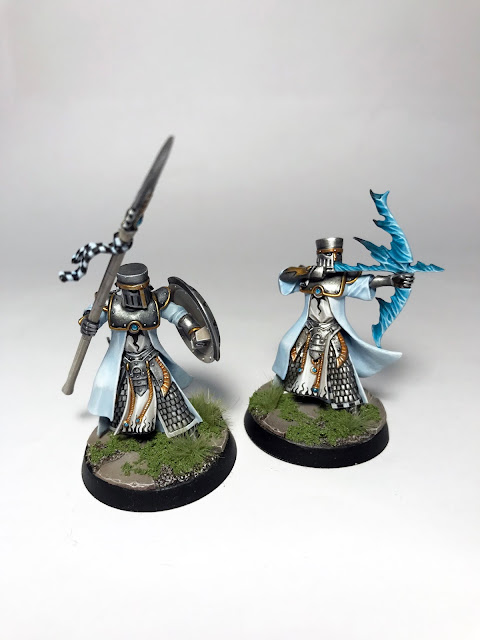 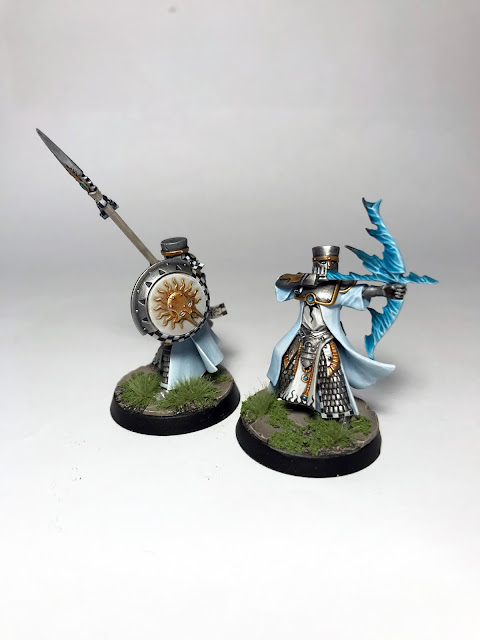 Update! The warriors of the 4th and 5th mysteries are finally complete and based! Really pleased with the result. After a lot of thoughts and indecision I am finally sold on using metal for the armour instead of the cream colour I used on the first warrior and the Alluminarch. It makes it more fantasy and less sci-fi and, coupled with the new flame and sun motifs on the vests, give the model an old school vibe that I am very pleased about. It sort of looks like something out of a black and white illustration from Realm of Chaos!
There are very subtle differences between the two warriors, to distinguish the members of each circle of mystery in the order. The trim of the armour for instance but also the motif on the parchment hanging form the back plate should indicate the rank of the warrior within the order.

As I stated previously, this group is definitely nowhere near to be the "good guys". They are an order of fanatical puritans whose only aim is to annihilate every form of social progress and take the battle against chaos in an extremely literal way which would ultimately be as destructive as the powers they seek to eradicate.
Imagine them as an esoteric version of the Ku Klux Klan which is ruling a whole kingdom. The people living under their rule are impotent slaves of the Alluminarch vision of a perfect and immovable society, rigidly divided into casts and completely deprived of any concept of self betterment. The very opposite of the "Free People" of the Mortal Realms. A good comparison could be the Mechanicus in 40k. A stagnant order of sorcerers who struggle to preserve fragments of ancient past knowledge without questioning or seeking any improvement. If the Alluminarch had the technology for creating them he would love servitors!
Which makes me think... Fantasy servitors???