After yet another long break from posting (or indeed painting) anything, I am finally back to the hobby and can present you my latest work: the finished Wanderer King! 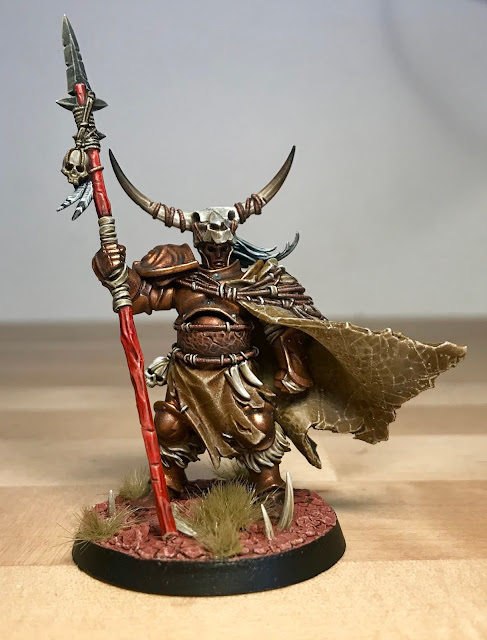 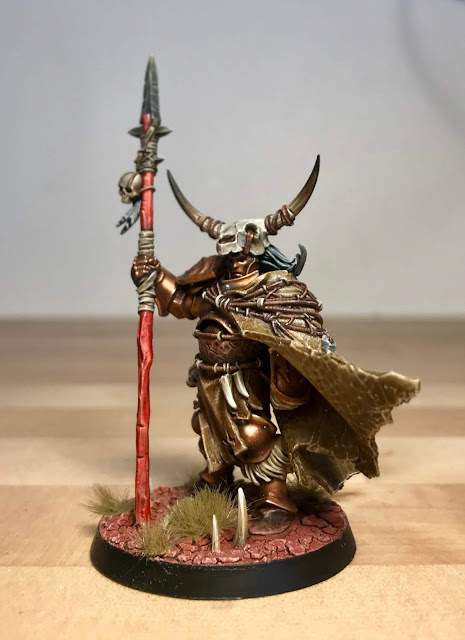 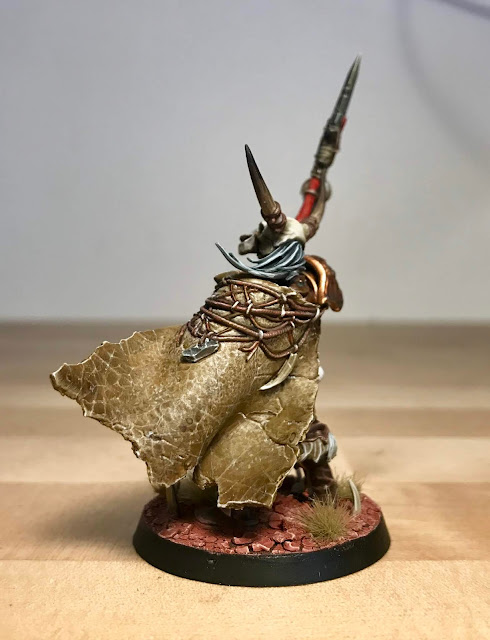 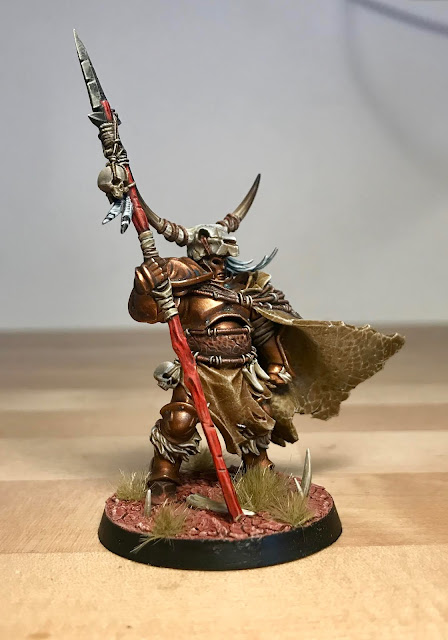 If you followed my blog since the beginning you might know that this is one of the longest projects I have been working on and what you see here is just the final incarnation of an idea I had back in 2015 for an outcast Stormlord exiled in the savage lands of Ghur, trying to prepare the tribes of the plains for the return of the God-King.
The first iteration of the model was mounted on a huge beast, the conversion took me months but sadly, due to my capricious nature, was never painted and it lies broken and incomplete in my cabinet.

Back in May this year I decided to return to the concept of the Wanderer King and try again, this time with a version on foot to ease myself back into it. I loved the conversion so much, but for a variety of reasons never managed to find the time to paint it... Until now! 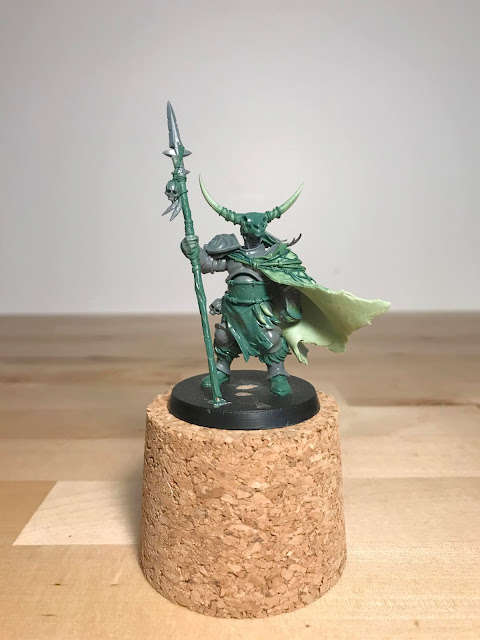 So, a little bit about the painting process.
The most difficult decision to take was which colour to chose for the armour... None of the rest of my Ghurians have any piece of metal anywhere on the models... This was a very deliberate decision to represent the fact that their technology level is neolithic and they forgot the secret of metalworking during the long Age of Chaos. The Wanderer King had to stand up among the tribesman thanks to his ancient and battered armour...But what material should it have been?
After long reflections I decided for bronze. Not only it blends in quite well with the rest of the colour scheme I had in mind, but more importantly bronze was historically the first metal alloy to be used by humans for fabricating tools/weapons. It represent the next age of technological advancement after the Neolithic and in this case this evolutionary step forward is embodied in the figure of the Bronze God: the Wanderer King.
The rest of the scheme was pretty much a no-brainer as I wanted to stay as close as possible to the rest of my ghurians: brown, earthy tones with a touch of bright red to break from the monotony of a muted palette.
Since the model was full of wide plain surfaces and I wouldn't have been able to use intricate decorations or bright colours to make them interesting,  I decided to spend some extra effort on the material textures, especially different types of leather as you can see on his cloak and the belt. The white of the beast skull on his head helps drawing the eye to the main area of the model. All in all I am happy with the composition and I feel it works well close to the rest of the warband.
I am especially happy about the cloak, which took long hours of painstaking brushwork to complete, but was worth it in the end. 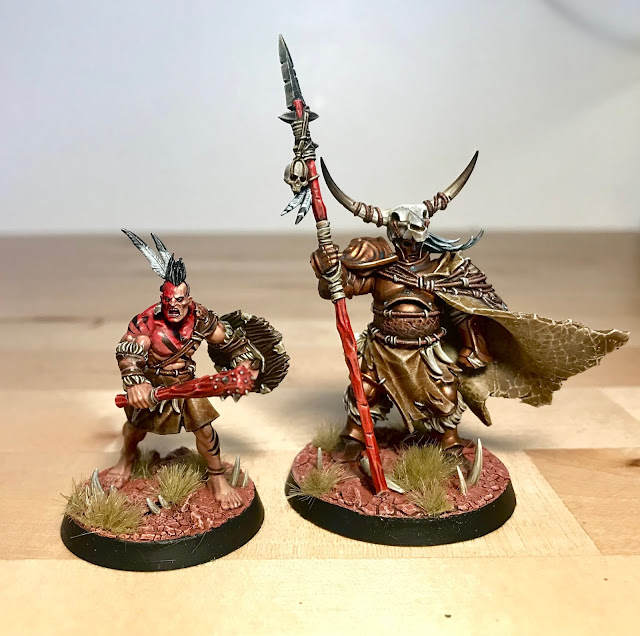 The completion of this model marks the end of a long journey for this concept. At some point in the future I might go back and revisit the mounted version but for the time being I think I am going to ficus on making my Ghurians a playable warband for Warcry... Suer excited about fielding them and the rules for mercenaries should allow me to use the King as an allied Knight Questor!