Yesterday I manage to complete the conversion of another Son of Or!
This one is a spearman which I converted using bits of the Brayherd Ungor kit. While I was working on it I was looking at models from the Bonesplitterz range and I could see that one thing my monies were lacking was some scaly beast's hide. So I set up to sculpt one on this guy and I am pretty happy about the result.
Another one done, I am really trying my best to convert 10 of them before moving on to something else but I have so many other ideas! Luckily working on my tribesmen is so enjoyable I can keep a resemblance of discipline at the moment, hopefully it will take me through a few more before moving on to the big guys. 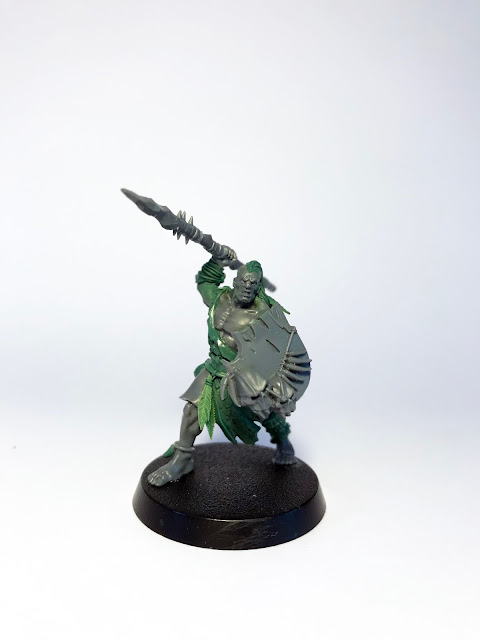 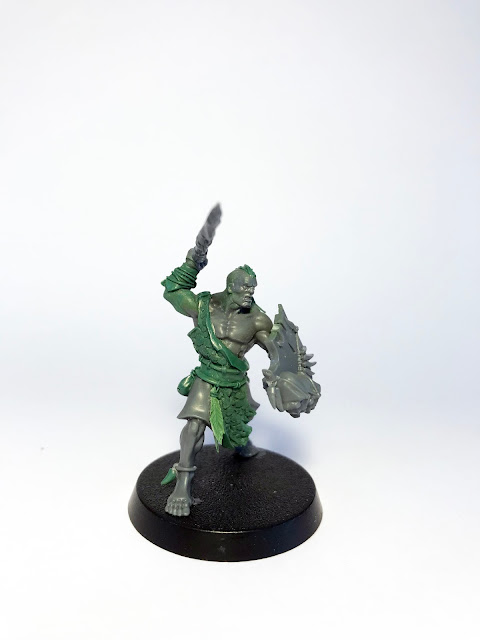 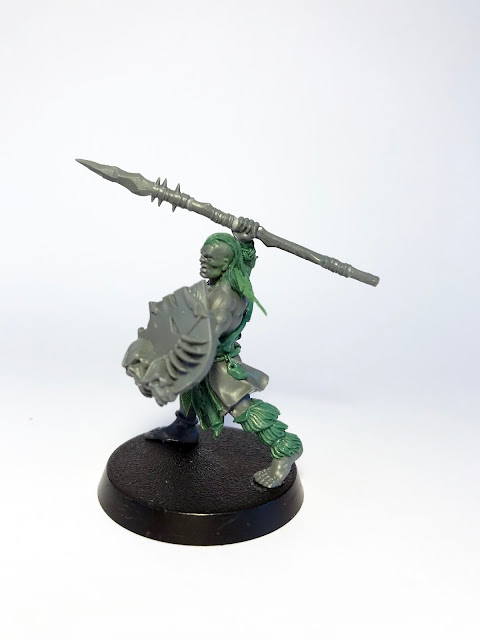 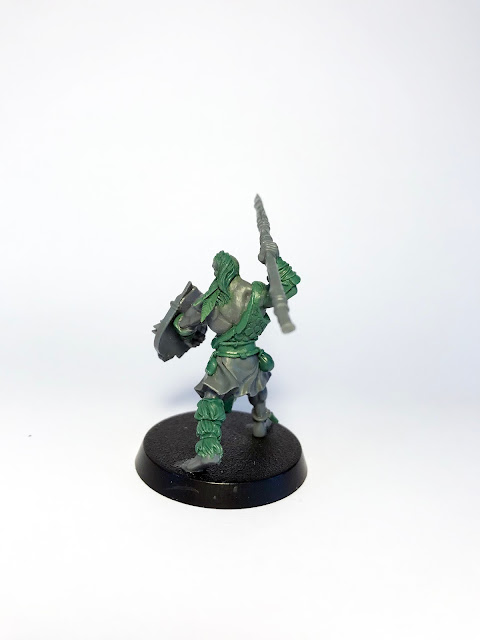 Hi all! Quick update with another archer for my Sons of Or. Quite happy with him and the rest of the bunch, can’t wait to start painting them! 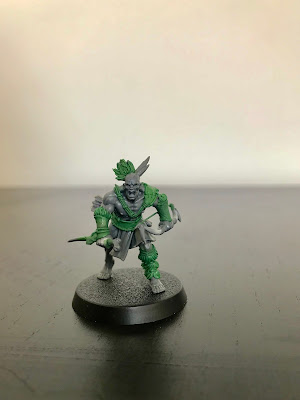 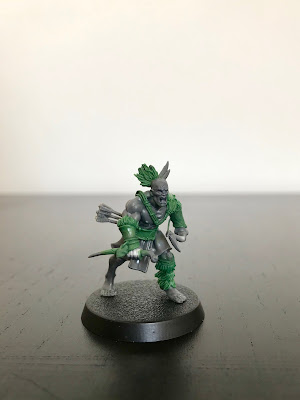 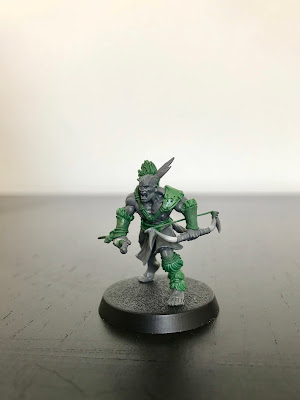 Good Morning from the Appalathian Plains!

Today I want to introduce you to a new member of my tribes and the first archer of the warband.
I coverted it quickly yesterday evening (instead of going to the gym, oh well) and I am pretty happy with the result, which is in keep with the rest of the tribal warriors.
The plan is to add another two to the warband and a couple more warriors with spear and shield, trying to take their number to 10, a decent size hunting pack. The road to get there is still a long one but I am benefitting of an inspiration burst and I know I have to take advantage of it before it goes away! 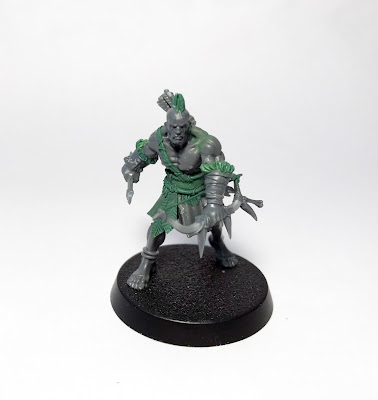 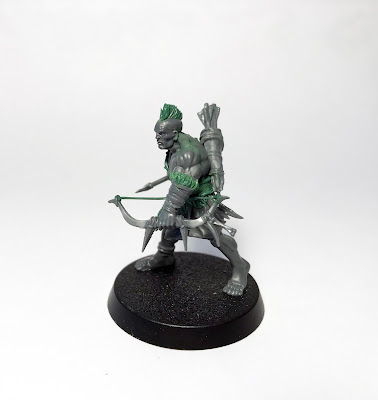 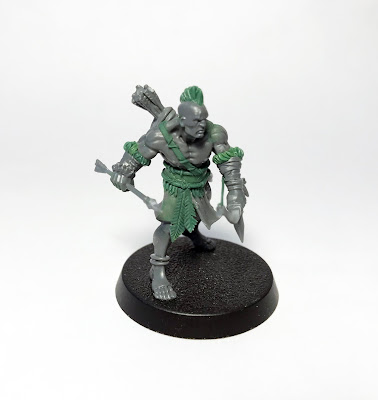 The obvious observation is that the bow is small, perhaps too much for such a bulky savage. But while I was trying different combinations of bits, including the most obvious Empire archers bows, this one was the one that convinced me the most! Perhaps is because it seem to add to the savage aspect of the hunter (longbows were a very recent invention and definitely not available in ancient primitive cultures) or perhaps because it seem to give it a more brutal feel, like a melee weapon as well as a bow. Its small size, almost reminiscent of a crossbow, inspired me to try something new I never attempted before: sculpting a bow string! Tricky as hell but I must say I like the final result, hopefully it will make it intact my first game. 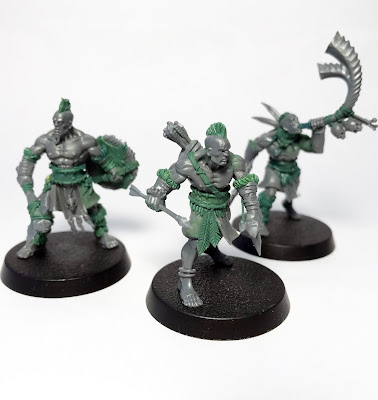 I must admit that much of this recovered enthusiasm for my Sons of Or is due to the amazing response I received form the hobby community in the past month after my small accident. I was sincerely overwhelmed by the support of all of you guys and this really motivated me to get back to painting and converting!
Thank you all very much!