Riders of the last Sunset 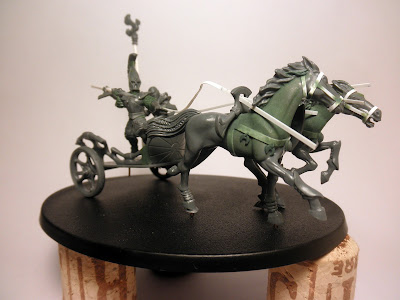 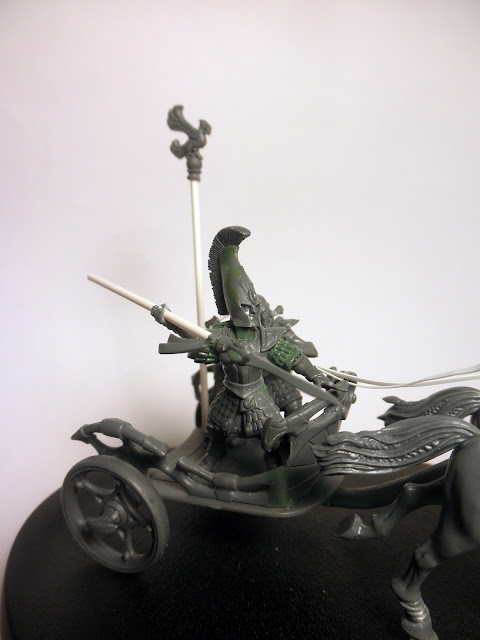 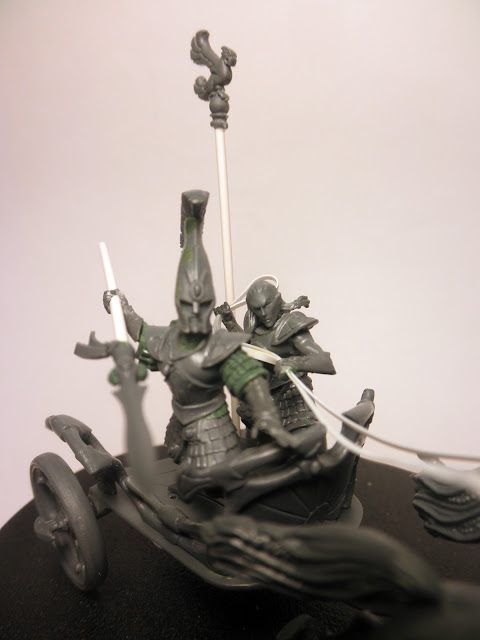 It took me forever to put together this chariot, and I suspect it will take me even longer to paint it, but I am quite happy with the conversion as it conveys the ancient Iliad vibe I am trying to push with this project.
The idea is of course the one of a powerful elven champion riding on the plains of Ulthuan in the last battles of the Rhana Dandra.
Khaine did not yet consumed his soul but he is urging his faithful auriga (charioteer) to plunge deep into the enemy lines looking for a chance to cast his spear against one of their heroes. That's all I thought at the moment, I will come out with a name and a proper background for him while I paint the model.
I have always been fascinated by chariots and their use as a weapon by the elves, something that always reminded me of an ancient and powerful bronze age-like culture which clings to their forefathers traditions and fight their enemies with skill and bravery rather than tricks or subterfuge.
Though I like them I never got to work on one as I always thought that, though the Tiranoc chariot kit has some great potential, the model itself has not aged well. Reins are too chunky, the crew is a bit too static and many bits look a bit clumsy compared to more modern kits. So I set up to convert my first (and probably only) chariot in a way that satisfied me, which involved a lot of repositioning, kitbashing and some green stuff work.
The reins are not attached to the horses for granting more freedom while painting and there are still a couple of details that I would like to touch up before basecoating but generally speaking the model is ready for painting.

Hopefully I will be able to post an update later this week.

As always thanks for looking! 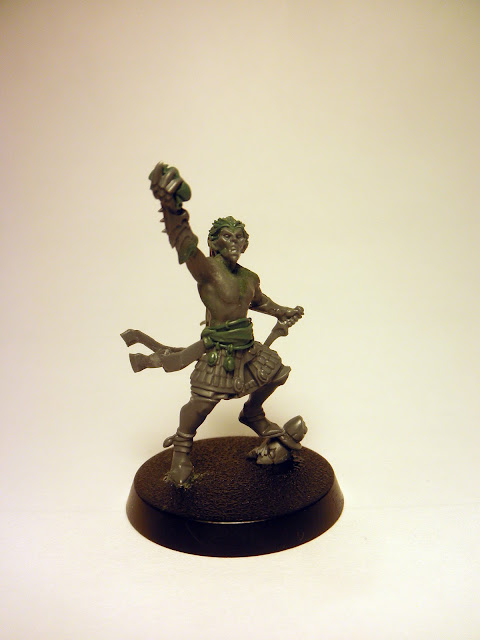 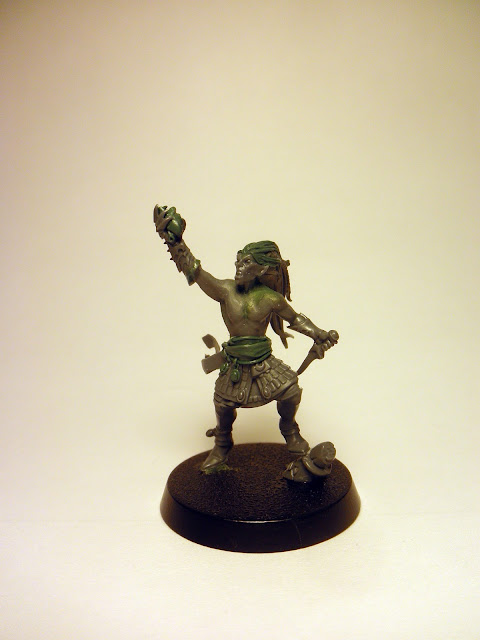 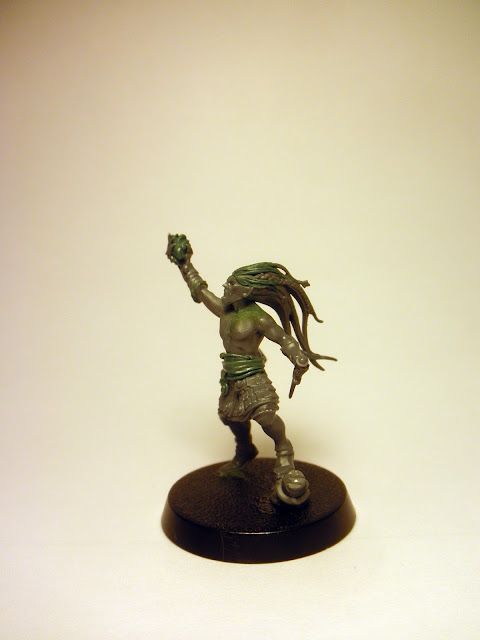 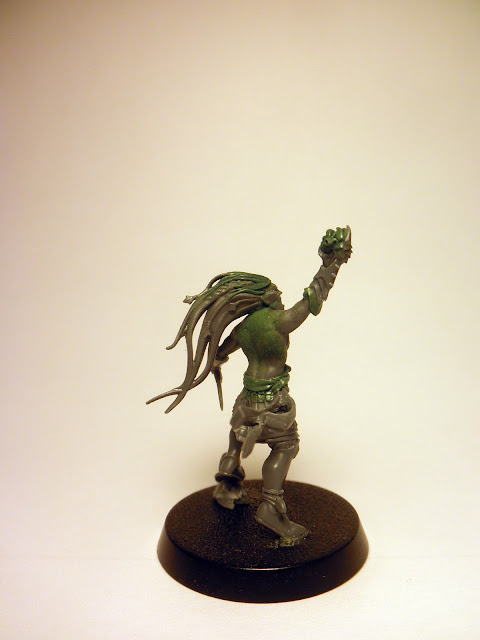 Hi guys, I wanted to share my latest conversion for an Aeskhaine, the crazy and sad elves who fell under the Shadow of Khaine and were uncapable of pull themselves out... They followed Tyrion in his last battles for Ulthuan in ever growing number and were the bulk of his army during the final battle for the Isle of the Deads.
The idea of the Aeskhaine always seemed great to me, as it filled the absence of male followers of Khaine (the assassin do not count as they worship Khaine in his aspect of Night Hunter rather than war god, as do the rest of my Aestyron).
The model was inspired by some bits form the wold riders I ordered last week, which really pushed me to try a fairly ambitious conversion involving bits form white lions, doomfire warlocks, wild riders and tenebrael shard... It helsped to have a quite firm idea of what I was after in terms of result, but still I was surprised by how easily and nicely all the bits went together and I really believe my pitiful photographic skills do not make the model justice... Hopefully i will be able to snap some better pics of the painted mini once I get to finish it.
A always, thanks for watching, I hope to post more updates on this project soon!