Tonight, when darkness will embrace the land and the light of courage will fickle in our heart, we shall walk again the Path of the Enlightened and reflect upon the Fifth Mystery of Sehemaza:
"He who witnesses my radiant splendor shall see his deeds restored and preserved, stronger than stone, purer than light, as to embrace my Law means to resist the ways of the Changer" 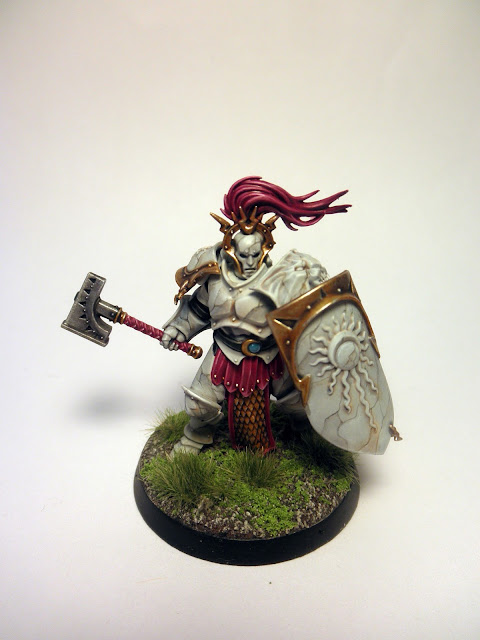 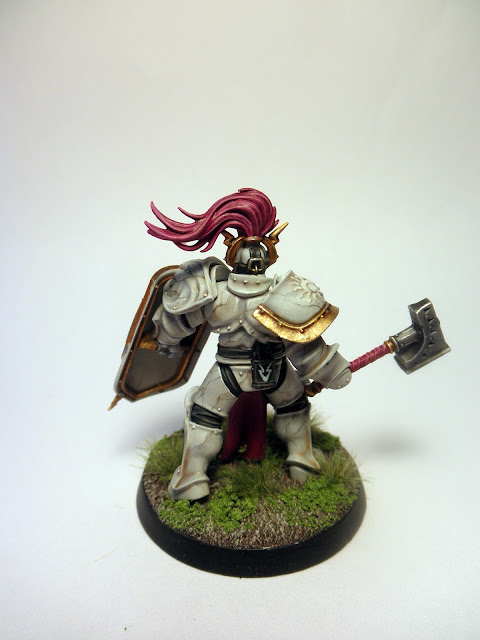 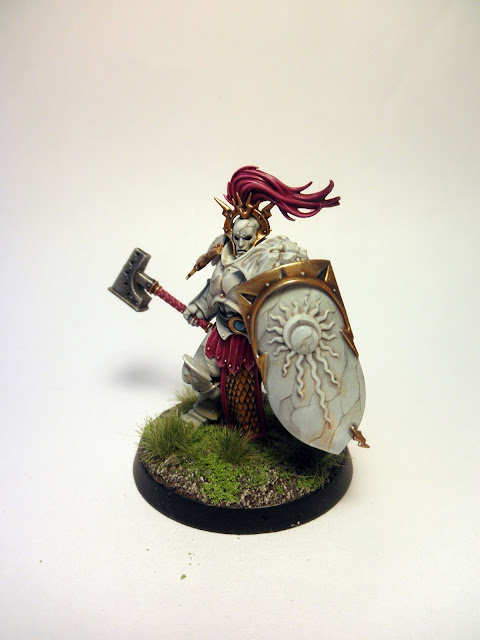 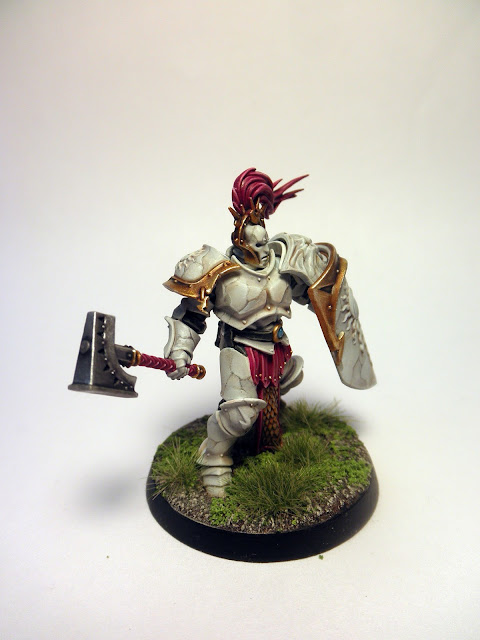 New year, new project! As some of you might have noticed I took a couple of months break from the hobby, while I was struggling to get enough motivation to finish any of my (many) ongoing projects... Of course when inspiration stroke me again it urged me to start a new one, as if I did not have enough down the pipeline. Anyway, I should blame for it the great Bruticus at Ex Profundis (go check his blog, amazing stuff over there) as his recent chaos warband of worshippers of Malal sparkled in me way more than just nostalgia for the old world pantheon and gave me a idea for an AoS bunch of worshippers of the Law God Alluminas the Protector.
Not much is remembered of this deity in the Age of Sigmar (and indeed not much was even known in the World that Was) apart form the fact that Alluminas is one of the three Chaos Gods of Law (delightful paradox of the Moorcock's legacy of the early warhammer), an entity of astral complexity whose sole purpose is to undo the deeds of Chaos by fighting change in every form.
Some of you might remember the Law Gods from the first edition of WFRP, where they were briefly mentioned as beings rarely worshipped as the associated creeds are generally beyond human comprehension or desires. But the Age of Sigmar is a completely different time, and we can imagine that after centuries of chaos rampages some of the inhabitants of the Mortal Realms might desire a bit more... stability! Well Alluminas would definitely bring them some if only he cared or even existed!

Let's jump to this project then, which revolves around the idea of a small kingdom in the Realm of Hysh (Light) protected by an order of warrior-monks called the Luminarchate whose hq is an abbey/library which survived miraculously the Age of Chaos. Much like our own benedictine monks during the Dark Ages, I imagined the Luminarchate to have origined from an order of monks who spent centuries collecting and protecting all the knowledge they could find, copying it in manuscripts and enchanted tomes which they kept locked in a giant Fortress-Library. It was thorough their endless quest that they found out about the Law Gods and started to worship Alluminas for protection, trusting the Unmoving God with the preservation of their holy work.
When Sigmar's Storm broke and the Age of Chaos came to an end the ancient Realmgate deep in the heart of the Abbey cracked open and a small company of marble clad giants emerged from the swirling void beyond. Similar in appearance to the image of their god the Luminarchate named them Astrafteros, the Gleaming Ones and started worshipping them as emanations of their god. These divine warriors spoke to the people of the Luminarchate telling them that the time had come to leave the boundaries of their hiding place and finally spread the True Word of the Law to the rest of the land and to liberate them from the curse of change. Armed with all the knowledge of times long gone the Luminarchate warriors are powerful indeed and their zeal is unshakeable like the will of their god.
Strangely they do not seem to see any difference between their patron and the astral god worshipped by the Astrafteros, who in turn never spoke against their creed or their rites. Are Sigmar and Alluminas one and the same or are the new comers exploiting the religious fervor of the Lminarchate to fulfill their own goals?

I will leave you to ponder this, in the meantime here goes the first WIP of one of the elite warriors of the Luminarchate... eternal glory to whom will manage to tell me where all the bits come from (there are a LOT of different kits there). I will start painting this bad boy (good boy?) very soon, and will post more angles and better pics later this week. 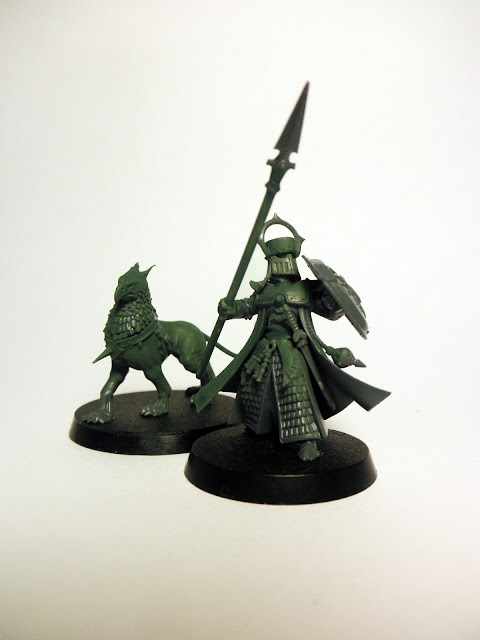