The mark of the hunter

Proudest among the Five Tribes the Blackfeathers inhabit the westernmost territories of the Appalathian Plains, their villages and settlements clutched in the shadow of the Bonewall, ultimate barrier between the Plains and the Lands of the Snake.
Due to their proximity with these dead lands and the monstrous creatures and degenerate humans that roam them, the Blackfeathers have become fierce and warlike peoples, constantly fighting against the Children of the Snakes and the other tribes of the plains.
Their territories are for the most part composed by grasslands and wood covered valleys where they find preys in abundance and they can measure their valour against the greatest of the beasts of the plains, the mighty Sharkahn, the stone-horned king of the wilds.
Members of this tribes are identified by their traditional warpaints realised with red ocre from the Brul'Hak, the Blood Mires, and by their custom of adorning thir manes with feathers and bones from the great Black Krakars that nest on top of the Bonewall. To prove their courage and to be accepted as hunters by the tribe, the young warriors have to climb the cursed barrier and steal some feathers from the nest of one of those giant carrion birds, a trial which costs the lives of many who attempt it.
Member of the tribe call themselves the Heirs of Sam-Harr (their name for Or, the Great Father) referring to an ancient legend which tells that their first Alderan, Valdros the Luminant, was born by the union between the God-Father Himself and a mortal woman, named Sumaya.
The current chieftain of the tribe, retaining the title of Vor'Haar (Pathfinder) is Argalyon Blackcloud, a fierce warrior, well known among the tribes for his legendary feats. He is the only warrior who ever ventured upon the Uplands and came back with the Secret of Iron, stolen from the bitter spirits who roams those lands along with Gorthanor, his legendary axe. He alone bested the great beast Magdoroth and ventured on the other side of the Bonewall to defeat the Children of the Snake in their own foul lands.
He is a faithful worshipper of Sam-Harr though his faith has recently been stained by the loss of his woman, Allarah, who was chosen by Orar to become one of his wives and thus had to abandon him to answer the call of the Wanderer King. 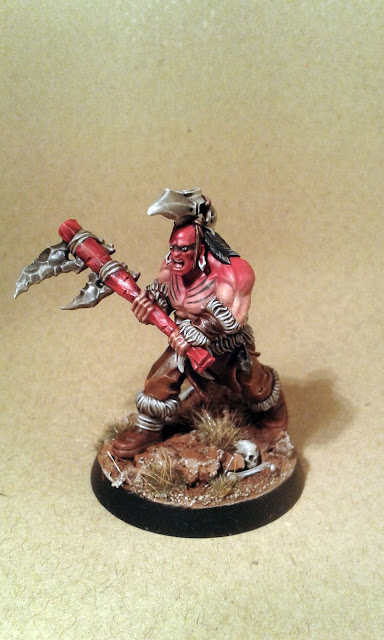 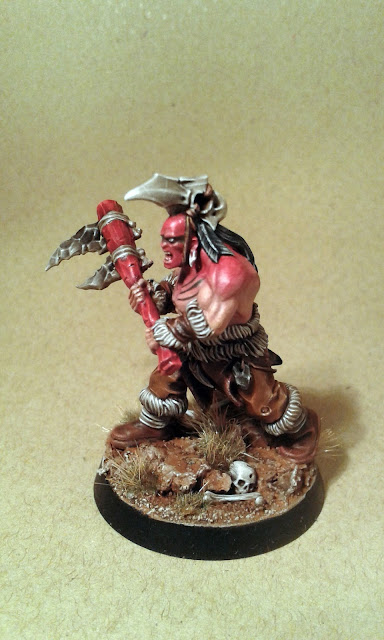 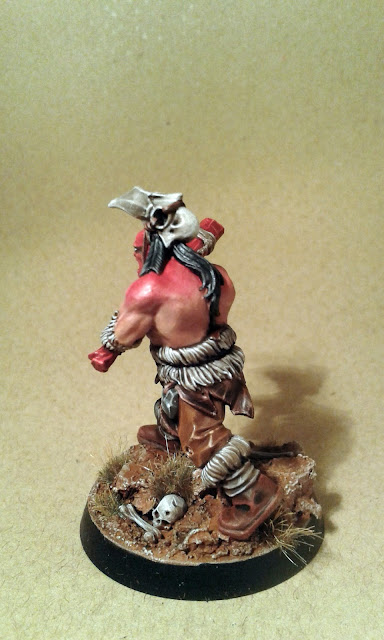 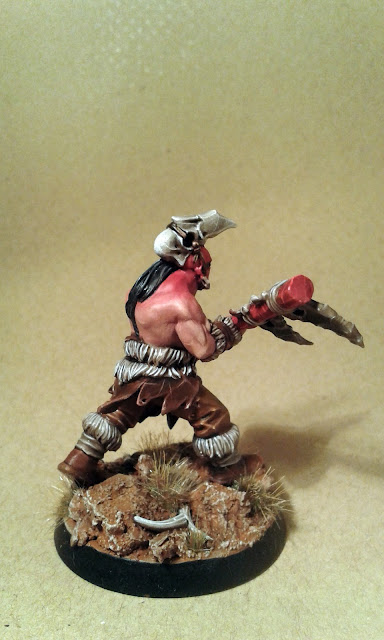 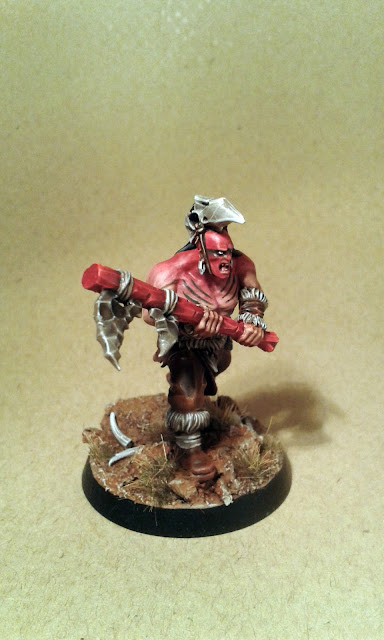 Welcome to the first painting update on PINXIT!
Today I present you the first of my Sons of Or, the warband I am working on for AoS as a personal project.
I wanted to do something rather different from the usual fantasy esthetic we are all used to, one of the main advantages of AoS in my opinion is the freedom it allows in terms of imagery and references, since the Nine Realms are infinite and almost completely unexplored at the moment.
So after toying with some ideas I decided I wanted a native american vibe to my warriors (to some of them at least) since it's something I've never seen done on a fantasy setting before, not that I recall at least. The Irochese/Cherokee esthetic felt quite appropriate for the concept I had in mind for my ghurians, so I experimented with some red ochre tatoos and leathery textures and in the end I'm really pleased by the result (which is slightly less vibrant irl than it is in the pictures).
I even decided to add a touch of Old School, which always feels good, and painted the shaft of his crude mace in red, thought it did not look out of place for a primitive warrior with a taste for blood.
Finally I put a lot of efforts in painting the stone as if it was flint, which has a slightly yellow shade to it instead of regular grey stone.
So that's it, let me know what you think!