Saloth, Guardian of the Caravan 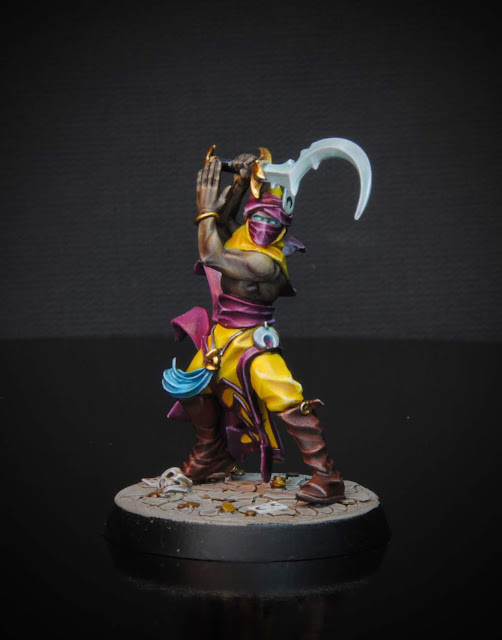 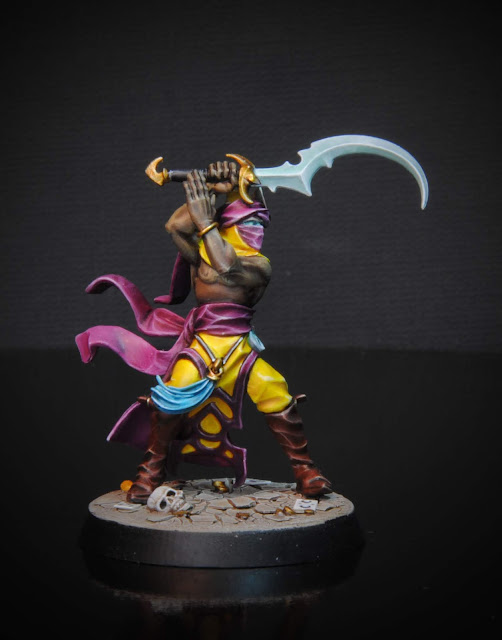 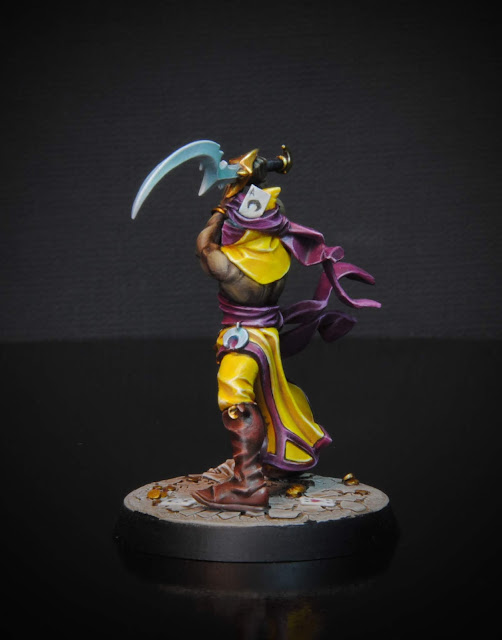 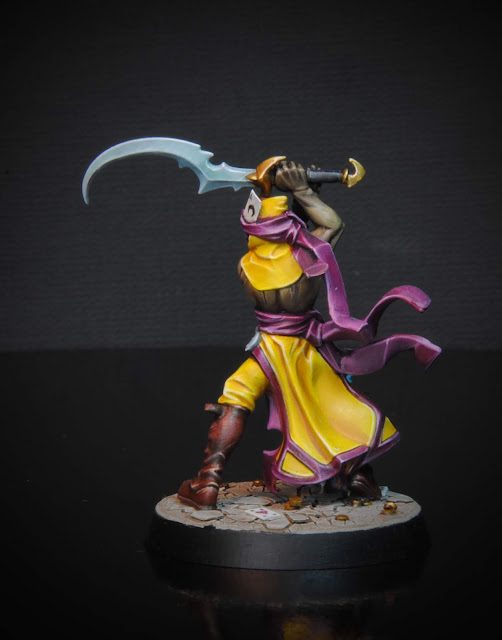 Saloth is one of the Eunuch Guards entrusted with the safety and protection of the Queen of Crescents. Born in Hysh he was sold to the Caravan by the slavers of Bael Armakh and his body still bears the marks of the tortures inflicted upon him by the cruel chaos worshippers.
Since his acceptance in the ranks of the revered Caravan Guard Saloth has done everything in his power to keep the people who saved him safe from his bleak destiny.

Last entry of the Advent Calendar before the final model reveal, Saloth was one of the first conversion I realised for this warband. He is meant to represent a skilled eunuch warrior, dressed in the finest garments and wielding deadly weapons, the corresponding image to a royal guard or an Empire greatsword of old.
The conversion was pretty involved, mainly removing all the armour and sculpting hood and turban, amending boots and rousers and giving the miniature a sense of movement by adding silk ribbons to his belt and head. 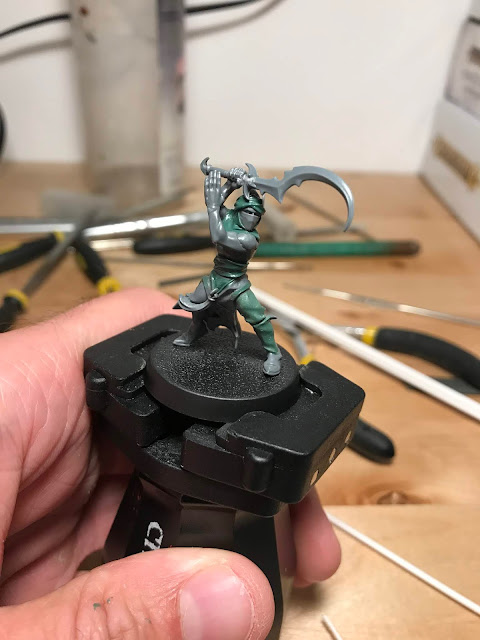 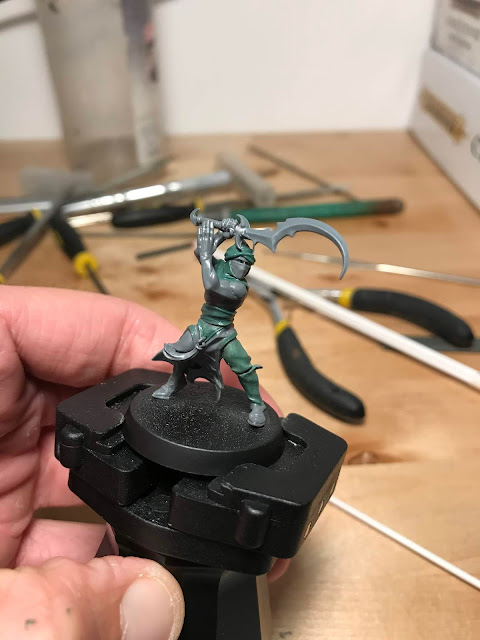 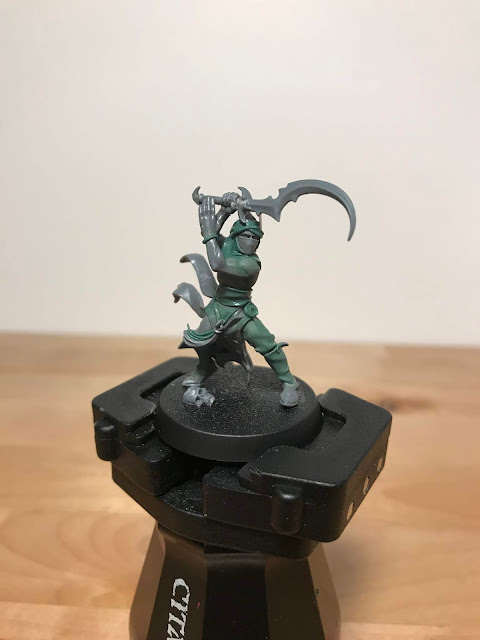 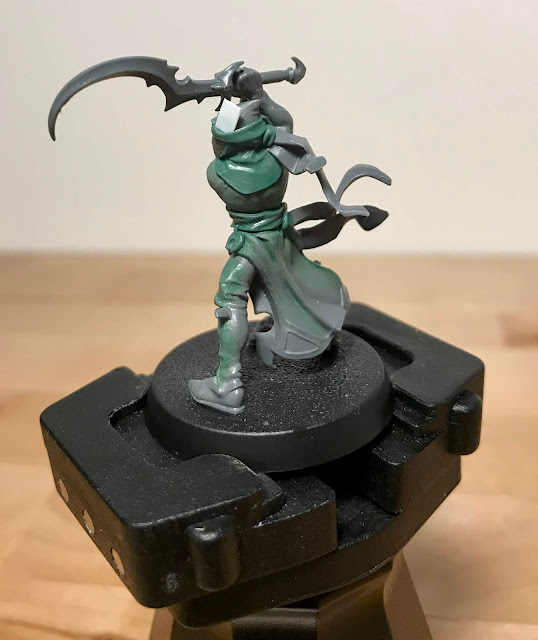 And he is not alone! I immediately created a companion to him that will not feature on Les Kouzes as a separate entry but you'll be able to see finished along with his fellows on Christmas day with the final shots of the warband. 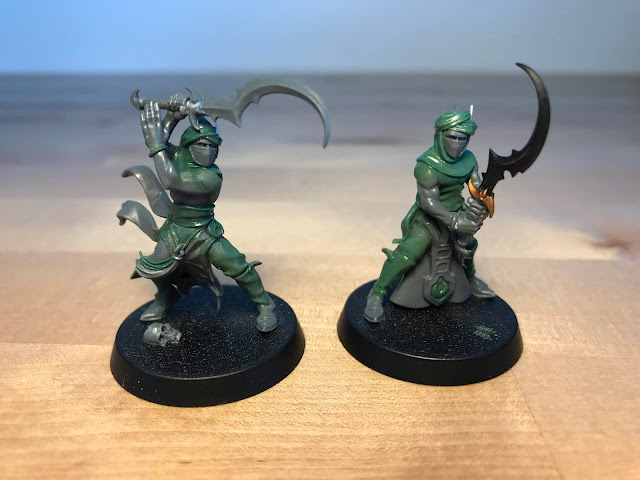 See you guys next week with the final (and personal favourite) entry of the warband  and some group pictures, plus a sneak peek of what te future will bring to these fantasy nomads!